Retailer: Red Herring Surf
Location: Tasmania, 4 stores that covered the state
Years in Business: Left school at 17 and started working in retail. Worked for Red Herring Surf for 9/10 years then bought the company and owned it for 18 years.
Interviewee: Victor Tilley
Job Title: Done it all when it comes to retail.
BTR: You originally started working at Red Herring Surf in 1991, then was the owner from 2001 – 2018. How did you go from employee to owner?
VT: By putting it all on the line, like any independent retailer does and taking the risk! It really came about because of several small steps along the way, I continually stepped up in my roles at the business, not realising that one day it would lead to me owning it. This continued to build my confidence in what I was doing. I loved the company, loved surfing, loved the people in it and when the current owner was looking to sell I was really torn by what the future may hold. At that stage Red Herring Surf could have been sold to a brand store, it could have been sold independently, or simply shut. I am a really passionate Tasmanian and wanted RHS to stay in local hands, stay viable and keep a heap of crew in employment. I called in every favour I could to make the deal happen, sold everything I could to raise cash, got my parents to underwrite the original loan and basically took a massive risk to make it happen. Its hard to put into words how much time and effort went into making this happen, endless amounts of paperwork, budgets and cash flows done and scrutinised endlessly to see if it would work. Ultimately you just have to do it.
BTR: How were those first few years of being a shop owner?
VT:  Pretty full on – I said to my staff that I didn’t want being the owner to change me, I didn’t want to be stressed out and lose the whole sense of fun that was such a big part of RHS. So I tried really hard not to think about the dollars and just worked flat out to make it a success. I caught up with all the staff at some team meetings early on and told them exactly what we needed to do to make it work and they were fantastic, everyone was so pumped and we all just got stuck into it. My goals were to pay back loans as quickly as possible, get my parents off the guarantor list ASAP, make sure I had enough to pay the staff and pay my suppliers. If I couldnt afford any stock I didnt buy it. An early mission was to pay my bills on time all the time, and I am really proud that this was something I kept up during the whole time of owning RHS. At the time I took over we actually had 7 stores, trading under 3 different names and it was a complex beast to run. I very quickly rationalised the store base, bought everything under the one name ( Red Herring Surf) and poured every cent back into getting the loans manageable. These first few years were amazing, to have a team of people all with a massive sense of purpose and all striving toward the same goal is incredible.  We all worked really hard, partied hard, and laid the foundations for what Red Herring Surf is. 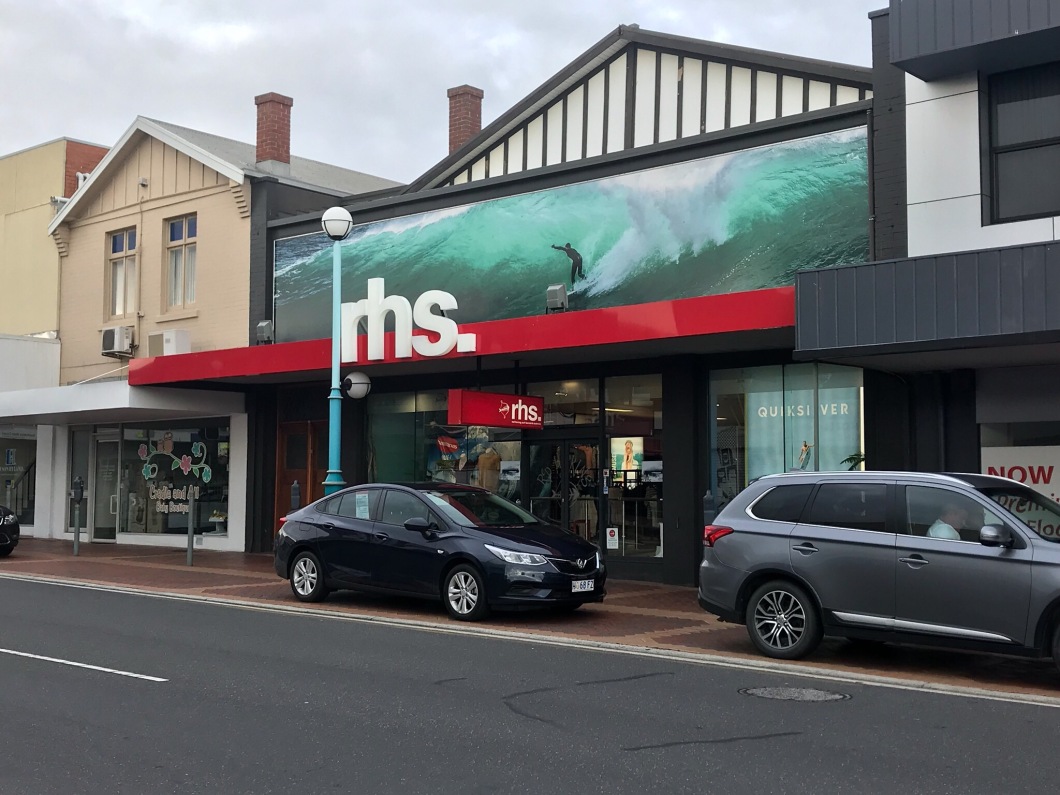 BTR: Red Herring Surf went from 1 to 4 stores and employees over 80 locals. What are your philosophy’s on running a successful business?
VT: You cant do it on your own, you have to build a good team. Get people in that are smarter and better than you at doing stuff and let them do it. This is super important and often forgotten. You have to let people do their job, it is no good putting them into a position then continually telling them what to do. I set pretty broad parameters and then let them get into it. I stuck to what I felt I did best, motivate and inspire the crew. I saw this as my number one job and every day I was focused on what I could do to build the team up to achieve their best. I love selling stuff and feel I am really good at it. I told all of my staff ” I trust you with the most important task in the company, serving customers the way I expect them to be served. I cant be in every store every day but I trust you with this”  Having this sort of trust in your staff is huge and it pays off, if they believe in you and what you want to do they will repay you by making the sales. If the cant subscribe to this you have to let them go, and the way I ran RHS wasnt for everyone. They had to have a good level of self motivation,  emotional intelligence and most importantly common sense.
BTR: Now that you’ve gone from worker, owner, to retired from Surf Shops. What advice would you give to someone who was considering opening a surf shop?
VT: Do you sums, or if your not good at maths (like me) get someone to do them for you, and recheck them! Think long a hard if this is what you want to do, retail is fantastic but it is also all consuming. From October to March I would basically on get two days off, Christmas Day and New Years Day. Think about how this will fit with your life, your lifestyle, your family. If you open a store, it will be all about you, yes you will have a team but you will be the face of it, you will need to be there through the good times and the bad. The other really important thing to remember is that if you do open a store, what are you going to do with it in the future? You really need to plan for the end game before you have even opened the doors.
BTR: How do you feel brands can better assist Brick an Mortar?
VT: This is such a difficult position now for brands. There are fewer and fewer independent stores that can buy their products, they need to achieve the sales and obviously for brands the greatest margin is through their own channels, be that online or bricks and mortar. The greatest thing brands could ever do is stop supplying to second party online stores, like SurfStitch. This was a total disaster for both SurfStitch ( and the investors in it) and for the credibility and value of brands. I would love to see brands simply sell to independent bricks and mortar ( and if they have an online component to their stores they could sell through them), and through their own store and their own online channels. This would re align Surf as a product and not a commodity.
BTR: All Surf Shops get visited by “Interesting Characters” What is the most interesting thing you witnessed in your 27 years at Red Herring Surf?
VT: Crikey! we have had some crackers over the years, so many unusual incidents/ characters. People putting wetsuits on back to front, a guy caught in a change room doing strange things with a loaf of bread, shoplifters by the truckload all pleading innocence in various scenarios, floods/ fires wild weather incidents, and the heartbreakers of 3am break ins. Being in retail you are a captive audience and some people take advantage of this, we used to call them “WOFTERS” which stood for Waste Of F*#king Time. These crew would come in, try endless amounts of clothing, wetsuits, shoes whatever on and never buy a thing. They would have researched everything on the net then come in and try to catch you out with some small detail. I had a ” No Dickheads” Rule for any hire/demo boards and basically we simply wouldnt let some crew take boards out. I remember a classic when one of the staff rushed over and grabbed me saying ” V, what do I do, I’ve got a dickhead!!”  I came over and sure enough he was one, cowboy boots tucked into his jeans, heavy duty black sunnies sitting on his eyebrows so it looked like he had two sets of eyes, I didnt want to prejudge him but once he started talking it was clear he was a dickhead. ” Man, I just want a board to do airs on etc etc etc”.
Most interesting, or just amazing were some of the instore events we had, bands going nuts in store with heaps of kids just going mental and rocking out massively. Our Crazy Day sales in Launceston were phenomenal, we would dress up big time and everyone got into this day. There was always a theme but Super Heros was a winner, plenty of Star Wars action / Marvel comic characters.
We sponsored the Tasmanian Life Awards for years and this recognised people or groups who were doing good work in areas of Mental Health and particularly Suicide Prevention, going to these events was always incredible and one of the highlights of my year. Meeting so many people doing such amazing stuff was both rewarding and humbling. 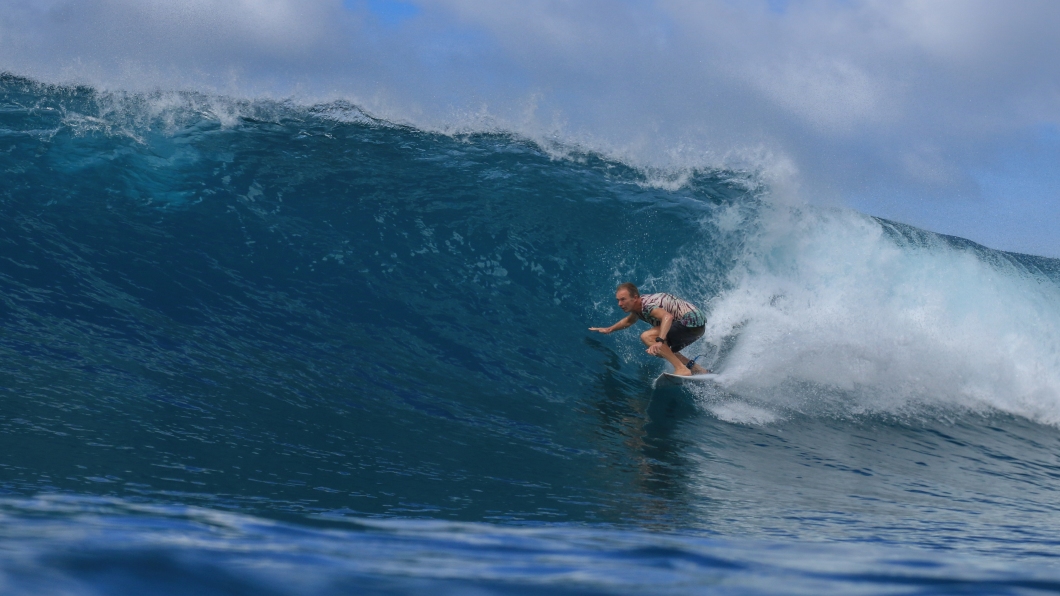 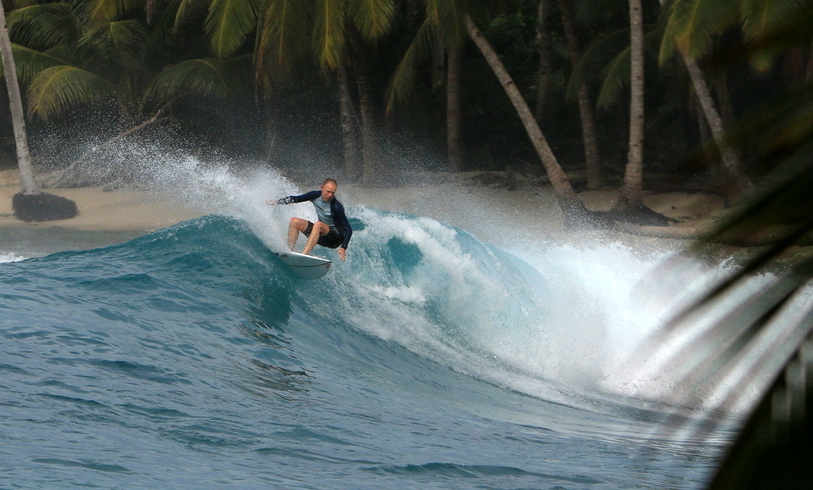